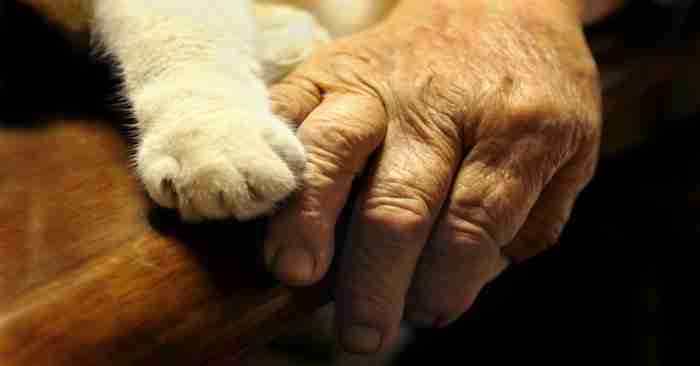 EMOTIONAL SUPPORT ANIMALS HAVE IMPROVED THE QUALITY OF LIFE FOR MILLIONS OF AMERICANS WHO SUFFER FROM MENTAL AND EMOTIONAL DISABILITIES.

When the Americans with Disabilities Act (ADA) was implemented more than two decades ago, the protections offered for individuals utilizing animals for medical and emotional support were limited.

Since that time, the provisions have been modified, providing a greater scope of protection for service animals (SAs) and emotional support animals (ESAs), as well as the individuals who own them or utilize their services.

There is also an often-overlooked combination between SAs and ESAs, known as psychiatric service dogs (PSDs).

It is important to understand that there is a legal difference between SAs, ESAs, and PSDs, as well as the legal protections afforded to each distinction. A brief description of each classification of animal is as follows:

Service animals are traditionally dogs or miniature horses that are specially trained to assist individuals with disabilities. Individuals who are deaf, blind, restricted to a wheelchair, or suffer from seizure disorders benefit tremendously from the assistance of SAs. SAs can be trained to complete specific tasks, such as retrieving medication, performing household tasks, and assisting individuals with stability and mobility.

Unlike SAs, ESAs are not specifically trained to perform tasks or recognize medical conditions, and, in fact, there is no requirement that ESAs be dogs. ESAs are classified as animals offering support of the individual’s emotions, comfort, and wellbeing. Under ADA guidelines, in order to be considered an ESA, the owner must have a diagnosed psychological disability or condition, such as anxiety or personality disorder, post-traumatic stress disorder (PTSD), or depression.

Psychiatric service dogs are a combination of SAs and ESAs in that they offer both emotional support and can be trained to recognize psychiatric episodes or destructive behaviors. To qualify for a PSD, individuals must be diagnosed with severe disorders that could place them in danger.

The ADA and ESAs

Now that we have discussed the important distinctions between SAs, ESAs, and PSDs, it is time to move on, more specifically, to a review of the protections offered to individuals with ESAs under the ADA.

After more than two decades, the U.S. Department of Justice ruled in 2010 to offer more distinction between service animals and emotional support animals.

More specifically, the Fair Housing Act (FHA) has moved to provide even greater distinction and to promote further protection for ESAs and their owners.

These more recent updates to the definition and protections have led to a greater awareness of ESAs and their importance to many individuals.

Under ADA guidelines, ESAs are not afforded some of the basic legal protections of SAs and PSDs, such as the ability to take ESAs to all public locations.

For example, SAs and PSDs are legally protected with the ability to accompany individuals to public areas, like theaters, whereas ESAs may not have the same protection. There are several specific provisions within the ADA, however, that do directly protect ESAs and their owners, including reasonable accommodation and housing.

The ADA and FHA both have been updated to provide protection for individuals with ESAs from unfair housing regulations.

Individuals with verified ESAs (diagnosed and in possession of a legitimate ESA letter) cannot be denied housing, even if the housing complex or property owner has a no pets policy.

It is recommended that individuals with ESAs write a letter to the prospective property owner requesting a reasonable accommodation for their animal based on the disability.

In order to receive the protections of the ADA, ESA owners must be able to verify there is an emotional relationship that supports their overall mental health and well-being.

Another protection under the ADA, and as part of the Housing & Urban-Rural Recovery Act of 1983, is the protection of ESA owners from fees or deposits.

Property owners cannot charge pet policy deposits and fees to individuals who are disabled and who own SAs, ESAs, or PSDs.

However, if an ESA significantly damages the property, the property owner can legally charge a fee to the individual vacating the property.

The Future of the ADA and ESAs

Several elements of the ADA and other pieces of legislation have been called into question as to the use and awareness of ESAs increase.

One example is the issue of housing on college and university campuses.

Because the ADA and FHA are not always consistent in the language and definitions of SAs and ESAs, there is some question to the legality of ESAs on campuses, which are considered public places.

Court cases like United States v. The University of Nebraska-Kearney and Alejandro v. Palm Beach State College address the issue of whether campus housing is classified as a dwelling under the ADA and FHA and whether SAs and ESAs should be allowed in classrooms and public areas.

Another area of concern is the use of ESAs in the workplace.

Because ESAs are not given the same protections under the ADA as SAs, there is some confusion regarding the use of ESAs, the legal rights of employers, and the legal rights and responsibilities of ESA owners.

Because of these cases and other factors, many believe that the ADA should be further assessed and revised to address the distinction between SAs, ESAs, and PSDs; their use; and the protections that should be afforded to the individuals with disabilities who benefit from them.

Would you benefit from having an emotional support animal? Do you qualify?

What is the Americans With Disabilities Act? was last modified: July 6th, 2020 by Emotional Pet Support Team