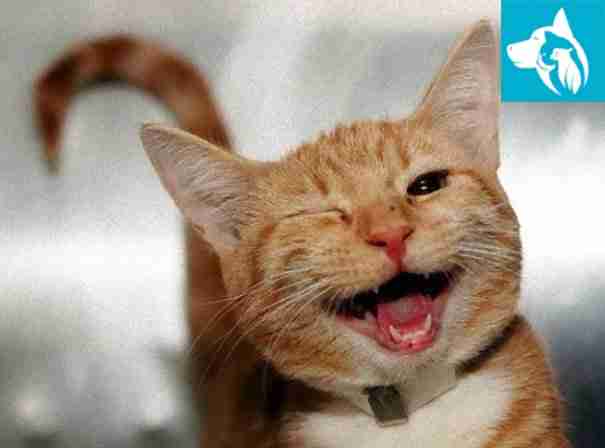 According to Science Daily, cats first came into contact with us humans roughly 9,500 years ago, humans have had a love affair with felines. Did you know that today, more than 80 million cats reside in U.S. homes, with an estimated three cats for every dog on the planet? Yet there’s still a lot we don’t know about our feline friends—including what they think of their owners. If you own a cat, you’ve probably noticed them rubbing against your leg or snuggling up close to you on the couch. While dogs are often perceived as being more friendly and affectionate than cats, felines can and do express love and emotion toward their human companions.

First, there is a big difference between the way cats look at us, and the way dogs look at us, and although we know a lot about canines, we don’t know that much about cats and their behavior. A dog is part of a pack, while the cat is mostly a solitary animal, it can be just at home on its own as it can with several other cats. A dog has to rely on the rest of the pack to hunt for food, and they have to have a bond between them to work together, especially when hunting. Alternatively, a pet dog has to rely on its owner to feed him, whereas a cat will instinctively hunt on its own if the need arises, and a cat will wash and groom himself, while a dog needs his owner to do that. You may have even asked yourself why does your cat love playing with bags and hiding in boxes too!

Cats, and most mammals feel emotions, although those emotions may be experienced and expressed differently in different species. Some of the different emotions observed and studied in mammals, including cats, are fear, happiness, sadness, curiosity, anger, grief and anxiety. Love is difficult to study in animals who cannot tell us how they are feeling, but there is no reason to believe that, when a cat acts affectionate, he isn’t feeling an emotion to go along with his behavior. 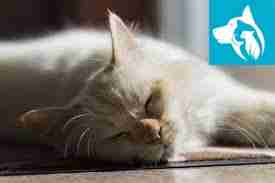 These points are quite relevant to finding out whether or not your cat loves you, because looking at the behavior in animals and researching, leads us to conclusions that may not have been realized before. Having said that, recent research performed on cats, and observation performed by cat behaviorists seems to indicate that cats do not actually love us as dogs do. Moreover, cats don’t need humans to survive, was the point being made, yet there must be a type of bond between a cat, and owner due to the fact that even cats that can wander off choose to stay.

One research performed by the  University of London concluded that cats are much more independent than dogs because they do not show any signs of separation anxiety when their owners leave the house or room. Additionally, they seem to feel quite comfortable when left on their own for a while, making them excellent pets for those who have to work, whereas a dog may whine, or pine for his master until he comes home. Usually, one would expect if a pet is attached to their owner, they would show some signs of distress when the owner is not around, this wasn’t the case with cats. You may also be interested in finding out what researchers found in how long cats live too.

Science is based on facts, and the facts are that cats simply treat us like they do other cats, but there may be much more to it than that. Much more research needs to be done in order to fully understand cats, and the research done so far has just been the tip of the iceberg so to speak. Moreover, we do know cats, like all animals, have feelings, because when they get hurt they cry out in pain, when they are sick it shows in the way they act, so just maybe they have other feelings too, like love. Also if your cat greets you at the front door with loud purrs when you come home from work, did they miss you? or are they just saying hi? Are these signs your cat loves you?

The research performed was done using 20 different cats, and their owners as well as strangers, in a different environment than what they were used to, and monitored how the cats reacted when their owner left the room. This was done to find out if the cat showed any signs of distress or anxiety once the owner was gone. However, the cats were more vocal when the owner left the room, and although this was of no concern in the conclusion, maybe cats have a different way of showing they are missing you. 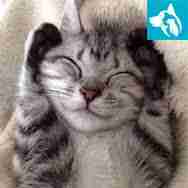 Finally, Do Cats Love Their Owners?

Finally, just because research shows that there is no evidence that cats can love us as we do them, it doesn’t necessarily prove that they cannot love us. We as humans may still kiss our parents when we visit them or hug friends we haven’t seen in a while, just as we kissed, and hugged our family as children, is this an inbred instinct, or habit? Or are we showing our love? It is ultimately an individuals choice whether you believe your cat is returning your love or not, and many owners will not hesitate when asked if they think their cat loves them.

While your cat does show affection and express other emotions, beware of thinking that your feline companion feels exactly the same way you do. You and she are still two very different species, and you can easily mistake what she is feeling. For example, a cat may purr when contented and loving, but a purr can also be a sign of nervousness or fear. Try to learn as much as you can about cat behavior so you can decipher the meanings and emotions behind what they do, but also maintain respect for feline nature and accept there are some things you just won’t ever understand.

Does Your Cat Really Love You? How Can You Tell? was last modified: June 2nd, 2019 by Emotional Pet Support Team