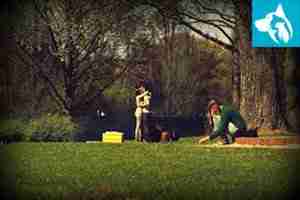 Depression is defined as a state of low mood and apathy or aversion to activity that can affect a person’s thoughts, behavior, feelings and overall sense of well-being. Most Americans have dealt with depression at one time or another. The Center for Disease Control, or CDC, reports that around 9% of Americans admit that they are occasionally depressed, and 3.4% suffer from major depression. Those who suffer from depression can feel sad, empty, anxious, hopeless and helpless. They may also lose interest in activities they once enjoyed. Depression can affect decision making and cause relationship difficulties which can lead to fatigue, insomnia or even in suicide. This is where a companion dog for depression could be a great way to help lessen or alleviate your depression. 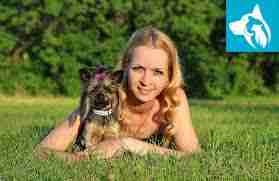 What is a Companion Dog for Depression?

How does a Companion Dog for Depression Help?

Companion dogs can help a patient deal with their depression in various ways. Dogs are commonly referred to as “man’s best friend” due to their friendship and undying love for their owners. Dogs stay by their owner through thick and thin, and being greeted by a happy dog with a wagging tail helps to relieve a patient’s depression in some cases. Reaching out to a licensed medical or mental health professional is the first step in seeing if a companion dog could help your condition. While some feel they need medicine to help with their disorders, others feel more comfortable with a companion dog by their side.

The Fair Housing Act allows you to have an emotional support animal in your house or apartment even if they have a no pet policy. Be careful of sites asking you to pay for an ESA letter without communicating with a licensed medical or mental health official, as these are usually scams. If a licensed mental health professional determines you qualify for an ESA, they will write you a prescription for an emotional support animal and you will be on your way to ending or alleviating your depression. It’s always a good idea to make sure that an Emotional Support Animal is right for you.

How Your Emotional Support Animal Can Help You With Depression was last modified: July 7th, 2020 by Emotional Pet Support Team