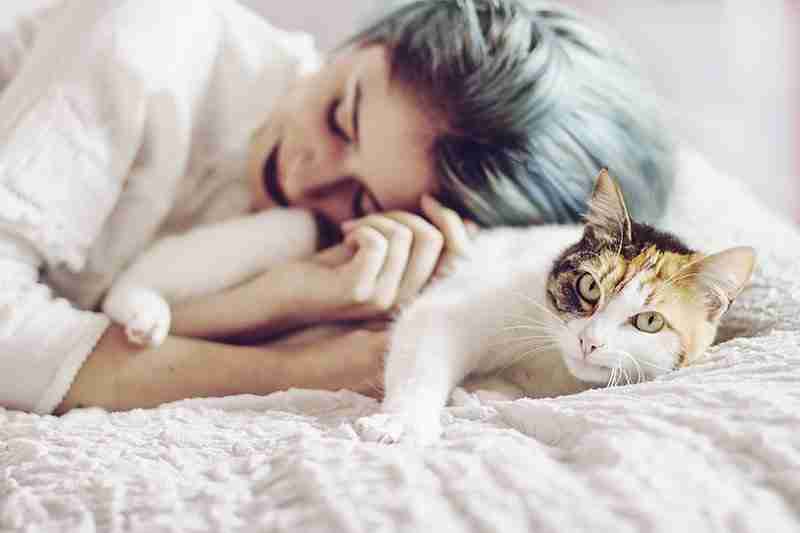 Has someone told you already that cats can actually help you relieve stress and anxiety? Believe them. Turns out, they have a point — not just because cats are fun to play with. Cat therapy, also known as feline therapy or felinotherapy, is a form of therapy that eases your worries and depression. And it’s not just a fad. Science actually supports this remedial treatment.

In a study entitled Polish Annals of Medicine,felinotherapy is defined as a potentially beneficial form of treatment for various psychological and physical conditions in humans. People need contact with other human beings. There’s an apparent need to be a member of a social group. Social meetings with the people you’re close with can fill the need for security.

However, when social ties start to loosen over time, we, as humans, look for substitutes — pets. Pets are faithful, obedient, and capable of loving. Cats, in particular, are independent. Despite that, they can become a catalyzer of social ties since they provide the subject for conversation.

Cats have even-tempered characteristics and are soft to the touch, which makes them fun to play with, talk to, and confide in.

Breeds of Cats for Felinotherapy

Some breeds of catshave innate characteristics that are ideal in felinotherapy. Ragdolls, American Shorthairs, and Maine Coons are among the most common breeds of cats desirable for feline-assisted therapy.

Ragdoll is the race commonly used in therapy to support the treatment of disabled kids. They are so-called Ragdolls because they loosen their muscles and get flabby, resembling a plush toy.

Cats used in felinotherapy are aged 1 year or older. They must have a well-developed personality, vaccinated, sterilized, and in fine fettle.

How Effective Is Cat Therapy?

There is a sense of comfort in petting a cat. As you pet a feline, your oxytocin levels rise. That’s the reason why patients of painful chemotherapy are given time with animals to ease the pain by relieving stress and anxiety.

Having a cat by your side can decrease your feelings of loneliness and promote a sense of well-being. Although, in the end, precautionary steps must be taken to ensure you won’t get any infection or illnesses your cat can inadvertently pass to you.

According to the American Counseling Association, cats and other emotional support pets can help draw noncommunicative or withdrawn patients into a conversation as well as into the therapeutic process, so they can ultimately benefit from their therapy.

Cat therapy is so helpful even in workplaces and even in college campuses at exam time that according to Pet Partners, one of the nation’s largest registry for therapy animals, the supply doesn’t usually accommodate the growing demand.

If you’re going through stressful or, perhaps, depressing times, cat therapy may be the best way to go. Of course, cat therapy isn’t just for despairing moments. Some workplaces allow cats and other emotional support pets because they can increase employee satisfaction and productivity.

And did you know? Cats can actually help writers pen better stories. That said, authors, essay writers, creative writers, novelists — they all can benefit from felinotherapy as well!

A writer and journalist, Alice Jones is a wordsmith when it comes to topics about marketing, business, and freelance. She enjoys the sun, food, and cold afternoons in San Francisco, CA. She graduated from the University of San Francisco and got a Master’s Degree.

What Is Felinotherapy? How Useful Is This Cat Therapy? was last modified: July 7th, 2020 by Emotional Pet Support Team