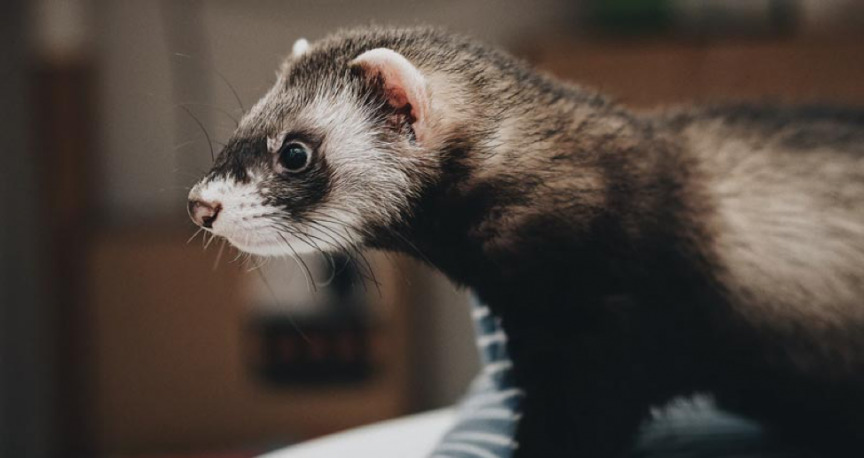 Are Ferrets Qualified to be ESAs?

Yes, ferrets can absolutely be an emotional support animal! One reason why some people may be hesitant to recognize ferrets as beneficial animals in this aspect is because they’re confusing ESAs with service animals.

Service animals need to be extremely highly trained and perform specific tasks for their owners to help them live with their disability. Service animals can be brought into any public place, and they’re typically always extremely well-behaved and professional.

Emotional support animals, on the other hand, don’t require any training. They can be any companion animal that provides a person with disabilities such as depression, anxiety, or autism with emotional comfort and companionship.

Therefore, since the ferrets don’t need to complete a specific task, and because of the fact that people get a significant emotional benefit from their ferrets, they’re more than qualified to be emotional support animals.

ESA Benefits are Better with Ferrets

As an additional point, ferrets just seem to better align with the benefits of ESAs. In case you don’t know, emotional support animals can be kept in a housing unit that has a “no pets” rule, and they’re also allowed to fly on various airlines (for the most part). As ferrets are smaller, landlords may be a bit more welcoming of having these creatures in their residence. Their small size also allows them to travel on planes much easier than larger dogs.

Ferrets simply have traits that lend themselves to this line of work. These creatures are small, friendly, quiet, social, personable, and litter-trained! They’re also incredibly easy to carry around with you and they don’t get stressed out with moving around all day and not being able to go outside much.

Surprisingly, ferrets are even able to be trained to perform service-related tasks that compliment their therapeutic personalities. They can be calmed down and coaxed into sleep by holding them closely or keeping them in an enclosed yet comfortable space. Ferrets love to be nuzzled into the arms of their owner, which is excellent for those that suffer from anxiety or stress.

With a good amount of training, ferrets can also be taught to wake their owners up, detect the onset of episodes, and remind owners to take their medication.

How Ferrets are Utilized

To begin with, ferrets have been used by healthcare professionals for quite a long time. They’re great for animal-assisted therapy where they help different therapists and caregivers work towards goals with patients. Ferrets also lend themselves to animal-assisted activities, which involves therapists and trained volunteers motivating clients and promoting healthy socialization.

Visitations to homebound patients are also very feasible with ferrets due to their previously-mentioned size and ease of transportation.

A ferret’s highly social personality has benefitted many people in need of emotional support animals. Their outgoingness and attentiveness allow them to bond closely with their owners, and their interest in what their owners are doing is very motivating.

Ferrets are great as emotional support animals, but they’re not perfect. These creatures have relatively short lifespans of around 7 years, they’re very hyper, they have short attention spans, there are several health issues that they’re susceptible to, and they require a decent amount of ferret supplies.

Additionally, since these are very inquisitive and adventurous animals, they may not get a lot of benefit out of being toted around and kept close by without the ability to explore and play.

It can also be argued, though, that this line of work is perfect for ferrets. They’re always on the move, constantly getting human interaction, and still have a good amount of time to relax.

Regardless, once you own a ferret for even a short period of time, it’s quite obvious that these energetic little creatures are able to provide the emotional support that many people struggle to find from other sources.

ESAs vs. Ferrets – What To Know was last modified: July 31st, 2020 by Emotional Pet Support Team