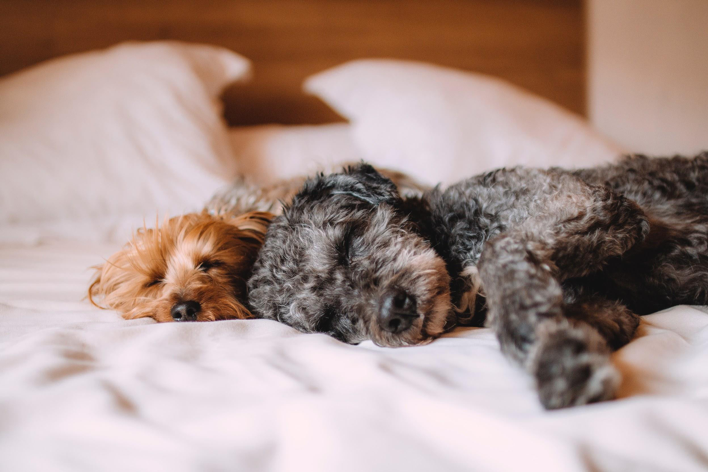 For humans, feeling refreshed and relaxed involves nightly sleep lasting 7-8 hours. This means that humans should ideally spend one-third of their lives fast asleep. While asleep, humans will circulate throughout REM (rapid eye movement) sleep and non-REM sleep. There are four phases of non-REM sleep—each one imperative in ensuring you receive a deep and restorative night’s sleep. According to Sleep Foundation, REM sleep is also important as it benefits memory, learning mood. But humans are not the only creatures that rely on nor the only creatures that benefit from REM sleep. This article will delve into some of the sleeping patterns across different species.

What Animals Sleeps the Most?

If you have a cat or dog, you’ve probably noticed that they spend a large amount of their time napping. These catnaps and puppy snoozes actually serve an important purpose because —like humans, it allows them to retain their memory and learn. This is why animals with larger brains, like cats, dogs and primates, require REM sleep.

Scientists have yet to find a species that does not need sleep, meaning that bedtime serves an important purpose for cockroaches as well as grizzly bears. However, each of these creatures have a sleep pattern that varies greatly based on their classification in the food pyramid. For example, because carnivores are primarily predators, they require more sleep than herbivores, who must be on constant alert. Animal sleep patterns also vary depending on diet. Creatures that eat food with low caloric density (like herbivores) will need less sleep since they need to consume enough food to keep them energized throughout the day. Animals who graze, like goats or giraffes, need even less sleep since they’re constantly providing themselves with an energy source.

The animals who need the most sleep include:

Animals who are typically prey, like sheep and deer, only sleep an average of 3-4 hours a night; usually in a group of three or more.

How Do Animals Sleep?

You’ve definitely witnessed your dog curled up in a ball in his bed, and you’re probably seen videos of sloths napping in the trees. But what about animals who consistently stand or swim? How do giraffes sleep? How do you catch your zzz’s what always on the run?

It’s really hard to imagine some creatures sleeping without the comfort of a pillow, or even a place to lay their head. It’s even harder to imagine sleeping while standing up; although this is done by creatures like horses, elephants and giraffes. These species have something called “stay apparatus” which allows them to lock their legs without the use of muscles while sleeping. This allowed them to stay alert if targeted by a predator. However, neither creatures can receive REM sleep while standing, so they must lie down for at least 30 minutes a night.

Humans hold the middle ground when it comes to the number of hours of sleep needed for basic functions. Many mammals, called polyphasic sleepers, take their sleep in shifts throughout the day if nocturnal or night if diurnal.

Primates are not polyphasic and sleep one period a day. New world monkeys prefer to sleep while sitting upright, while great apes prefer laying down. For both, these platforms allow them to feel safe and secure, while granting them their all-important REM sleep.

Other mammals go into a state of torpor in the summer and winter months in order to conserve energy. This is called hibernation during the winter, and estivation during the summer. When in hibernation, the creature’s core body temperature drops and their blood flow and heart rate slows. Hibernation is not the same as sleep, because creatures in hibernation can survive without eating or urinating. Hibernating creatures use this technique as a survival tactic, so they can live when food is scarce.

Scientists may not know everything about sleep, but they do know that it’s a bodily necessity for all animals—from the smallest insect to the largest mammal. Whatever the reason, sleep is imperative for prolonged survival and brain metabolism.

The Importance of Sleeping for Animals was last modified: January 24th, 2021 by Emotional Pet Support Team