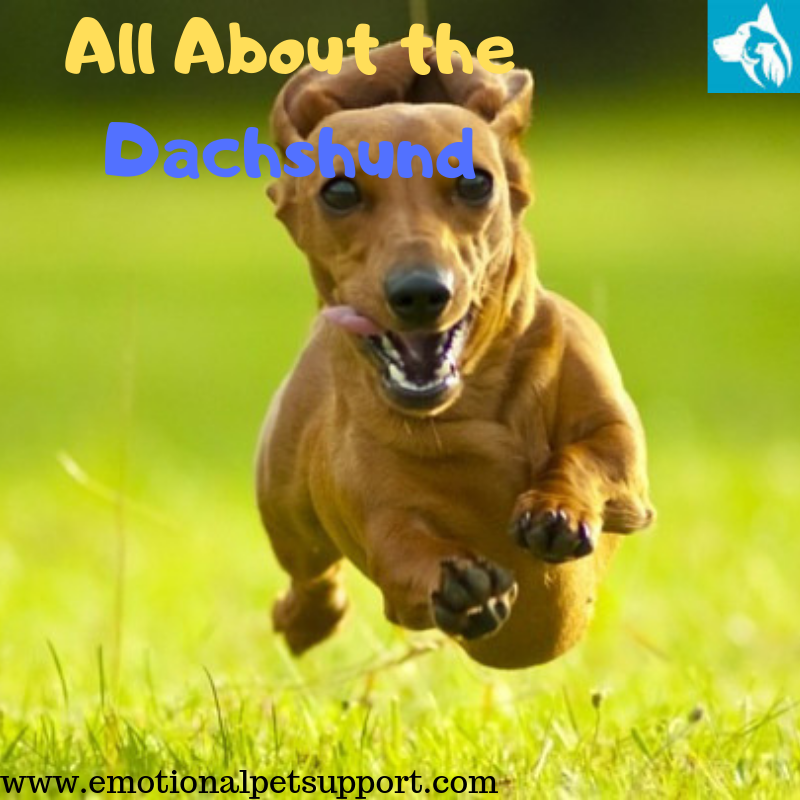 The dachshund, which is also called “Teckel” especially in the hunter language, stands out due to its compact appearance immediately. Due to its extra short bred legs, its shape is very low and the body looks long drawn. They are a small and adorable breed out of the many dog breeds that presently exist today.

The Dachshund (or Teckel or Dachshund) is a small breed of dog that captivates above all by its characteristic appearance. Since the legs are extremely short, the relatively long body is rather low. A dachshund is usually at most 30 centimeters high, but at the same time can show a hefty weight of up to nine kilograms. Because the Teckel is usually quite strong and muscular.

The breed is divided into the varieties Dachshund, Dwarf Dachshund and Rabbit Dachshund, which in turn is in the three strokes short hair, long hair, and rough hair. The elongated head of the Dachshund has a very upright, attentive attitude.

The Teckel was bred for the hunt, in which the game is to be hunted by the dog from its construction. The extra short legs were deliberately bred to make it easier for the dachshund to enter the dwelling of fox and badger. In the 1970s, the Teckel has become a popular German pet and in 1972 even mascot of the Olympic Games in Munich. Since then, however, the number of dachshunds has dropped significantly.
Due to his background as a hunting dog, the dachshund is still very courageous, unflinching and self-confident. Since he is on his own, for example in Dachsbau, he has to make his own decisions – and that is exactly what he encounters in other areas. Teckels are usually quite stubborn and strong-willed, which is why they need a good education. The clever four-legged friends learn but very happy if you properly deal with them. A loving consequence is attached to dachshund education. It is important that he learns not to act too rebellious towards larger dogs – his strong self-esteem otherwise puts him in danger.

The attitude of the dachshund

A species-appropriate Dachshund is associated with a lot of movement. Outdoor exercise is a must for perennial dogs. Make sure, however, that your dachshund is very well behaved so that his pronounced hunting instinct does not lead him astray. Unfortunately, dog ​​sport is not a dachshund thing – due to its special proportions, it is not well suited for agility and Co. However, games of all kinds are welcome. For more on attitude, see the guide: “Rauhaardackel: housing conditions for the dog”.

All About the Dachshund – What you should know and what you may like to know. was last modified: June 30th, 2020 by Emotional Pet Support Team