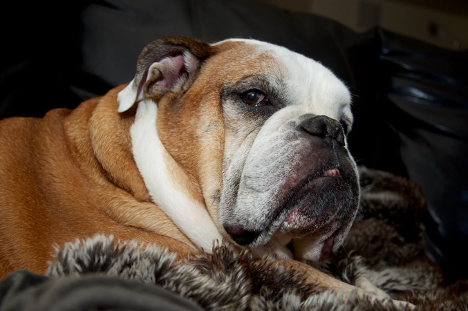 One of the most problematic dog behavior issues is dominance. A dog that is overly dominant and tries to assert itself, over other people or dogs can be quite dangerous. It is important that you deal with dog dominance issues when they arise in order to avoid potentially catastrophic events in the future.  For more dog tips, visit We Love Doodles.

Here are some of the best ways to deal with dog dominance issues:

Dog obedience training can be a great tool for overcoming existing dominance issues. Often times you need to establish yourself as the alpha-dog. Dog obedience classes allow you to assert yourself as the one in control, or the dominant one. This is a great way to deal with a dominant dog.

Dominant dogs often think that the rules don’t apply to them, they can be disobedient at home. Establishing a chain of command around the house is one of your best tools for curbing dominance issues. Practice basic commands, reward your dog with praise and treats when your dog follows your lead. Scold your dog or try ‘time-outs’ in a kennel when your dog is trying to assert itself as being dominant over you. Enough of this type of reinforcement will help to teach your dog that it is in fact not the one in charge. This should make your dog more submissive to you.

Hopefully, you can avoid dangerous dog dominance issues by following these fairly simple tips. Take what you learned here and apply it to the way that you treat and interact with your dog, you will be sure to have a less dominant dog by keeping these simple tips in mind.  In the future, if you want a less dominant dog breed you can always consider something like a Maltipoo, Goldendoodle, or Golden Retriever.