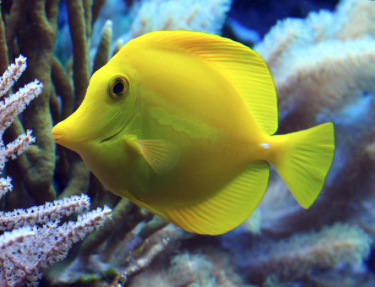 It’s not cruel to keep goldfish in a bowl.

Of course, I know you’ve already come across some folks who claim goldfish can’t live in a bowl and that it’s cruelty to the fish.

But that flatly not true and the bowl should be the last thing to point out when referring to goldfish cruelty.

I agree, numerous things can go wrong when rearing goldfish, and for the most part, it’s easy to blame the bowl.

Of course, a bowl can become toxic, thus affecting the goldfish. At the same time, however, a large tank or pool can also get intoxicated, so pointing fingers to a bowl isn’t fair.

In my opinion, it all depends on how well to take care of the goldfish bowl.

Now, before I share some tips for caring for your goldfish in a bowl, it would only be prudent to debunk some of the popular myths surrounding goldfish bowls.

Myth 1: Goldfish can get too big to live in a bowl

Fact: Its true goldfish can grow big depending on conditions.

However, goldfish are unique in their ability to self-regulate their growth, and it all comes down to somatostatin.

It’s a growth-inhibiting hormone that stunts the growth of goldfish in their environment, resulting in stunted growth.

To the big question, is stunting bad for fish?

There’re many theories about this, but there’s no substantiated fact on stunting, and there’s no available research on the topic.

So, yes, a goldfish will grow to the size of its home, and letting it grow in a bowl won’t cause any harm.

Myth 2: There isn’t enough oxygen for the fish to breath

Fact: Traditionally, water changes and plenty of plants were the only way to keep sufficient oxygen levels.

Myth 3: Goldfish won’t live for long in a bowl

Fact: Given the right care, goldfish can live for several decades.

Just look at Tish, the oldest documented goldfish that grew up to 43 years.

Myth 4: Bowls are Cruel Because of their Smaller Size

Fact: Of course, it’s easy for a bowl to become a torture chamber, especially if there are insufficient oxygen and intoxication.

But the same is no different for the big tanks.

That said, is it cruel to keep a goldfish in a bowl, considering you’ve met all the basic requirements for thriving, including the correct living conditions, proper oxygen circulation, and perfect behavioral stimulation-just because it’s smaller than a tank?

Before we answer that, consider the definition of cruel- willfully causing pain, harm, and suffering.

So if it’s true proper care can make a bowl a haven for goldfish, without causing harm or suffering, then goldfish bowls can’t be considered as cruel.

Unfortunately, it’s all too easy to see many people making arguments that aren’t founded on facts but rather on opinions and feelings.

Of course, the bowl should have sufficient swimming space to prevent muscle atrophy.

But again, small is relative and subjective, too.

For example, a 40-gallon tank is “big,” but it again becomes small compared to a lake or river.

And if it degenerates to the most natural habitat for goldfish, then no fish needs to be kept in captivity- whether on fish tanks, aquariums, or bowls.

Caring for Goldfish in a Bowl

In as much as we’ve downplayed the importance of the thriving space, it’s not to mean it’s unimportant.

If anything, goldfish require spaces, and if possible, you should buy the biggest habitat you can afford with the largest surface area.

The more goldfish you have in a tank, the more oxygen is required to keep them healthy.

An effective way to up the oxygen levels is through an air pump, which can agitate the water’s surface.

Another handy trick of maximizing oxygen in the bowl is following the rule of the greater the amount of surface area, the more oxygen in the water.

For this act, opt for a wide goldfish bowl as opposed to a narrow one.

If you’ve got the classic bubble-shaped bowl, avoid filling it to the brim because it won’t provide the most surface area. Keep in mind more surface area is better than more water when it comes to the health of your goldfish.

Otherwise, failure to provide enough oxygen will suffocate your pet.

Cleaning the Goldfish Bowl is Necessary

If you choose to keep goldfish in a bowl, you’ll have to contend with regular cleaning, including changing water four to five days a week.

This is because goldfish tend to produce a lot of ammonia waste.

However, you can limit the cleaning by not overstocking, overfeeding, or leaving waste to rot.

To clean, take out 25-50 percent of water-replacing more removes the beneficial bacteria in the old water.

Replace your water with bottled or tap water treated with a conditioner and left to sit for 24 to 48 hours.

Also, once every week, take the fish for thorough cleaning of the bowl.

Is a bowl cruel for goldfish?

I don’t think so. It all depends on the care and maintenance you’ll afford your goldfish in the bowl. A cute little goldfish in a bowl could be the great pet to have.

And as we’ve seen, it’s easy to provide all the perfect conditions for your goldfish to thrive in a bowl.

Sujit Modak from Aquarium Tales has 14 years of hands-on experience in aquarium keeping. Besides his engineering profession, he has in-depth knowledge of aquarium fish and fishkeeping issues. He successfully experimented with a complex ecosystem inside the aquarium, biotope aquariums, aquaponics, etc. He shared his thoughts on Goldfish facts for readers.

Is It Cruel To Keep Goldfish In A Bowl? Find the Facts was last modified: August 28th, 2020 by Emotional Pet Support Team