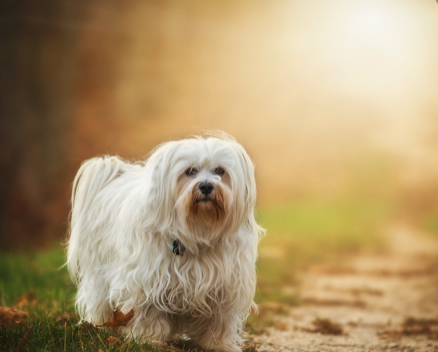 I grew up in a household where dogs and cats are treated as members of the family. And because dogs have a shorter lifespan than humans, I have lost more than one beloved pet in my lifetime.

The saddest part is, I still remember every one of them, their names, and how I mourn for their deaths. There is this one dog whose name was Samson and he was my closest, loyal all, companions, and the best guard dog ever. His death was the most painful one because it is untimely. He died in a hit and run accident. The moment that he was hit, he didn’t die instantly. I thought there was still a chance for him because he was still able to run towards me limping and whimpering the moment he saw me.

I kept him in my care for two days even though people told me to euthanize him to end his suffering. He was hit badly. Everytime he whimpered out the pain I cried too and I never left his side. I even took him inside my room.  And when the day came that he couldn’t take it anymore, I was not able to eat for days. I prayed hard to God to save him and cure him but maybe he was not meant to stay with me forever.

And now that I have my own family, I have three dogs and just four months ago, I lost one of them. My kids and the other two dogs mourn for his death. And as usual, the pain is just like losing a loved one. One consolation that I always tell myself is that my dogs who have left us are now in heaven and they will be the one to meet us halfway to heaven when we pass away. That is the story that I want to believe and I also shared with my children. This belief somehow comforted me every time I missed my beloved furry friend.

Human emotions occur in our midbrain and it was scientifically proven that dogs have the same structure of midbrain and function as that of humans. Yes, this explains why dogs show joy, compassion, loyalty, depression when abandoned and separated from their master and even jealousy. It is because they too have emotions. And every living being who has emotions has souls.

Dog’s love for their masters is immeasurable and has been experienced and witnessed everywhere ever since before.  There are even situations where the dogs die out of grief due to the death of their masters, or abandonment. This might be because dogs indeed have souls and it is said that their souls are attached to the human master when they die. Their souls also go where the human goes. And one more thing, we all know that dogs will sacrifice their lives for their masters – a noble trait that even some humans can’t afford to do for their fellow humans.

I could say that dogs and other animals exist for a purpose.  Their existence does not only serve our needs or to be our food and slaves. They exist to coexist with humans and be our allies and friends. Just like dogs who have a way of filling an empty space inside us. They can calm us down when we are angry, anxious, and sad. They have ways of comforting us when we are depressed.

This is the reason why dogs are considered a human’s best friend. So we must make use of the time that we still have with our dog companion and take care of them. Their emotions suggest that they too have souls and therefore they also have a place in heaven. All creations have a soul because they can crave love and understand love.  One psychological study says that our only difference in animals is that; we are created in the image of God.

Why do I have faith that dogs can go to heaven?

So we have proven a hundred times that dogs have emotions like humans, can we now conclude that they too have souls? Or if can they go to heaven too?”

As Prophet Isaiah says, “God will include animals in the new heavens and a new earth.”

God has plans for all his creations to enjoy His Eternal Kingdom. This clearly states that it is not only humans who can go to heaven but the lesser creature, which includes the animals.

But then again, this is just a presumption because there are also verses in the bible that contradicts this argument.

Psalm 145 mentioned above was a song of worship or poetry written in Hebrew. It is about worship honoring God’s creation, about revenge and exaltation.

Plus, there are many passages in the bible about the resurrection, all of which involved humans, not animals.

So on this side of the argument, the answer to the question if our dogs can go to heaven is NO.

However, this theory is not proven by scientific studies and even contradicted by other verses in the bible. I am not saying that this is the fact you should believe because we have different interpretations. We can believe what we want to believe especially if it is written in the Holy Bible. As we all know, if we just have faith, anything is possible in God.

To tell you the truth, at first, I was not sure where this perspective came from. But when I started to research proofs and studies if dogs have souls and can go to heaven too, I was happy when I learned that there is a possibility. Though it couldn’t be proven otherwise, I still believe that the gentleness and the innocence of our furry friends are enough requirements for them to enter heaven.

Can Dogs who passed away go to heaven? was last modified: September 23rd, 2020 by Emotional Pet Support Team