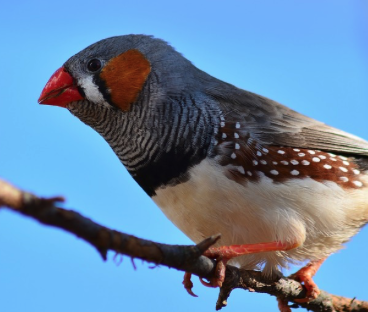 You can find 350 entirely different parrot species all over the world. Because of this, many parrot breeds held in captivity are uniquely colorful, energetic, and intelligent. Some parrots like the Amazon parrots, African Grey, Parakeet, and Cockatoos species also own excellent communication skills.

Many pet stores depend on these particular breeds due to their popularity and beauty. You may use Northern Parrots discount codes to find accessories for these pets. Read further to find about the most beautiful parrot species on the planet.

Almost bird lovers wish to adopt colorful parrots for their enchanting shades. However, every pet owns a particular set of temperaments. Learn about some adorable ones below.

The sulfur-crested cockatoo is a huge and beautiful breed of parrots. It is famous for its unique sulfur-yellow crest among pet lovers. You can find these parrots in New Guinea, Australia, and Indonesia. It owns a length between 17in-25in, along with a white plumage. Moreover, the dark brown bill of this parrot breed looks charming.

The male and female of sulfur-crested cockatoo looks alike. One straightforward way to distinguish between the genders is through eye color. The male parrot owns dark brown eyes, while the female one has red-brown eyes. Moreover, these parrots also have many loud calls.

Remember, this parrot always makes a nest in hollows of trees. It lives for almost 70 years. The family of sulfur-crested cockatoos lives together for a long time. If you plan to adopt one pair, feed them with berries, nuts, roots, and seeds.

The iconic scarlet macaw is one of the most beautiful parrot breeds on the planet. You can find them in Central and South American rainforests. Majorly, this parrot is popular for its appealing plumage. Maximum part of its body is bright red while it owns a blue back.

What adds to its beauty are the yellow markings on upper wings and the light blue tail. You will adore the upper white and lower black part of this parrot. Scarlet macaw is an intelligent parrot breed that masters the art of mimicking many voices and words.

Besides, these parrots are smart enough to learn amazing tricks from their owners. You can also teach them about a variety of shapes and colors. The life span of scarlet macaws is approx 40-50 years.

The beautiful sun parakeet is an appealing and endemic parrot breed. It is native to South America and is popular for mimicking human voice. Pet lovers adore their amazing plumage in a variety of colors like yellow, orange, red, green, and blue.

In addition, it also owns a white patch around its eyes along with green markings on the wings. Similar to other species of parrots, the male and females of sun parakeets look alike. Differing from its adults, this parrot breed gives birth to olive green juvenile birds.

The young sun parakeets keep changing colors after they turn 6 months. They stay in groups of 30 sun parakeets and feed on nuts, flowers, berries, and fruits.

The enthusiastic, active, playful, and beautiful dusky lories are one of the most popular parrot breeds in the world. This parrot is intelligent enough to mimic different human voices effortlessly. It also plays with toys and is interactive with people.

Originally, the dusky lory belongs to Papua New Guinea. You may also call it the white-rump lory. Their length is approx 9.5in and weighs 9.5Oz-10.5Oz. it is difficult to distinguish between the male and female of these parrots.

The dusky lories own a bright orange upper chest, cream shade rump, bold orange beak, and grey legs. They dwell in subtropical and tropical forests of the Papua New Guinea. It feeds on nectar, fruits, and seeds.

You can simply identify the beautiful galah parrots by their pink face and chest. This parrot specie has other names like the rose-breasted cockatoo and galah cockatoo. It is easy to find these parrots in almost every region of Australia. This breed is highly social and remains in large flocks of 1000 birds.

In addition, galahs are approx 14in in length and weigh 270g-350g. However, the upper part and short tail of these parrots is grey in color. If you wish to distinguish between the male and female galah, focus on their eyes. The males have dark brown eyes whereas females own pinkish red ones.

The galah parrots are famous for their acrobatic flight in the blue sky. It mostly travels long distances to hunt for food.

Now that you are aware of the five most beautiful parrot breeds in the world, select the one you love. Adopt a pet that suits your lifestyle ideally. The sulfur-crested cockatoo lives the longest among all these Therefore, if you have lifetime plans, adopt one and add colors in your house.

The 5 Most Beautiful Parrot Species On The Planet was last modified: January 25th, 2021 by Emotional Pet Support Team