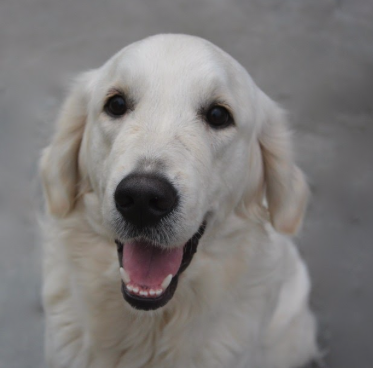 Guest post: Are you a dedicated dog lover? Whether you consider yourself a parent to a hairy, four-legged child or see your dog as your lifelong best friend, chances are you have seen some strange things that needed some explanation! The following are 12 of the weirdest things dogs do and why!

There is no delicate way to ask, why do dogs sniff butts? While it seems the most awkward and perverted thing to do, it is a courteous way of greeting someone in the canine world — much like shaking hands for humans. Now, why do dogs do this?

The canine nose has over 220 million olfactory receptors compared to the mere 5 million humans have. This super-sniffing ability allows our pets to gather a lot of interesting information about their newfound friend.

Since the crotch is the most concentrated source of pheromones, your dog will sniff this area regardless if his new acquaintance has two legs or four. So, if your friend is meeting your dog for the first time, tell him not to be alarmed.

2. Staring at You While Pooping

Your dog isn’t locking eyes with you in hopes that you look away while he does his business. When nature calls, our pets look to us for protection because dogs are instinctively aware that they are vulnerable to attack. That is why your pooch may also follow you to the bathroom, so he could help you out in case a cockroach passes by.

3. Scraping the Ground After Eliminating

Nope! Doggo isn’t covering his doo-doo with earth, so you won’t have to scoop it up. Dogs dig the ground after eliminating to leave their scent, telling other canines they were there. This behavior harks back to ancient instincts as a way of carrying a message.

Does your pooch also have a cache of random things hidden beneath the ground or stashed under the couch? I followed my mutt one time and discovered that he dug a huge hole in which there were meatless bones, flip flops, and wooly leg warmers; among many other things.

Dogs often bury their most prized possessions to keep track of their stuff and prevent other pets from stealing it. Sometimes they include things that don’t even belong to them for safekeeping.

This behavior goes back a long way to when dogs in the wild used to hunt to survive. Since hunting was energy-consuming and sometimes futile, instinct taught them to hide food, so they wouldn’t have to hunt each time they needed to eat.

Hounds and terriers, in particular, take digging holes to the next level!

5. Sledging Their Bums Along the Floor

Out of the blue, your doggie seems to have learned a new trick! He places his tushie on the floor and drags himself across the ground. While comical to watch, the bottom sledding is not a new trick, but one of these three things:

Intestinal worms, particularly immature tapeworms, cause itching around the anus. So, give your pooch a broad-spectrum de-wormer dose.

There are several skin diseases that cause localized itching. Again, this is one of those things you’ll need to work on with your vet.

Pet parents all around the world are probably familiar with the “zoomies.” Dogs with the zoomies will exhibit repetitive spins and race around the house as though possessed by the Flash.

While the zoomies can happen anytime, this behavior is often triggered when a dog is overexcited, which is why dogs run around like crazy after spending much of the day confined in a crate. Dogs also get the zoomies after a bath because they are happy that it is finally over.

7. Sticking Their Heads Out While Inside a Moving Car

Dogs are getting a sensory overload during a drive, which puts them on cloud nine. That is why our canine companions are willing to have their faces pummeled against the wind because it comes with a new battery of exciting smells. Since our olfactory membranes are only about the size of a postage stamp, we can barely appreciate how gratifying this is.

Dogs are omnivorous, which means they also enjoy eating fruits and starchy vegetables. However, grass is bitter and lacks nutritional value. So, why do dogs sometimes chow on grass like a cow?

According to experts, some dogs might consume roughage to ease gastrointestinal problems, such as constipation. Grass has insoluble fiber to act like a brush, sweeping through your dog’s bowels to eliminate hard, dry stools.

There are many reasons why dogs eat poop, and among them is canine coprophagia, which happens either due to malnutrition or curiosity. On the bright side, this repulsive behavior can be nipped in the bud.

Tail-chasing is incredibly common in puppies who sometimes don’t even realize that their tail is not a toy, but a part of their body. Adult dogs may also chase their tails out of boredom. It is also possible for a dog to chase and bite its tail because it is infested with tapeworms or fleas.

11. Scratching and Walking in Circles Before Lying Down

Nope. Your pooch isn’t misbehaving, and I’m pretty sure he loves his new plush memory foam bed. Scratching and walking in circles are normal pre-sleep habits observed in dogs. Also called denning, it is due to natural instinct.

Canines in the wild would sleep on open plains and savannas. Hence, they would have to circle around to mark their spaces and stamp down twigs and underbrush to make their sleeping area more accommodating.

Did you know that dogs can also dream? Studies reveal that dogs experience REM (Rapid Eye Movement) sleep just as humans do. During this stage of sleep, our furry pals are visualizing and subconsciously reacting to dream images. Adding to that, experts believe that certain canine breeds may also act out their hallmark traits.

We often project our human traits and emotions onto our canine companions until you see your dog scooting his butt against the floor like Red Hiney from Cow N’ Chicken.

Our four-legged friends may sometimes act like little humans, but dogs will always be dogs. And so, they will do things that won’t make sense to us, but are completely normal for them. Don’t you think it is us who are weird for thinking otherwise?

Lara Baylosis is a pet writer based in the Orchid City of Dipolog, Philippines. She writes weekly articles for Pet Comments and makes product reviews with the help of her little wolf pack.

12 Weird Things Dogs Do and Why They Do Them was last modified: January 14th, 2021 by Emotional Pet Support Team