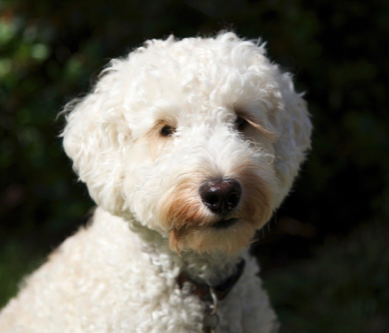 It is one of the most controversial topics nowadays and different groups of people try to defend and oppose the crossbreeding of dogs. If you don’t already know, a crossbred dog, mixed dog, or hybrid dog is the one that is the result of a mating between 2 or more different breeds.

Is the crossbreeding of dogs good or bad?

Well, we have been researching this very question and trying to find out the answer for a long time. Many breeders, vets, and experts consider these designer dogs as just a common mutt or mongrel while on the other side, lots of breeders and vets come up with several strong reasons on why crossbreeding is good.

Whoever is right, it is a fact that designer dogs are in high demand, and during the 2020 lockdown, the prices of designer dogs almost doubled and the breeders were unable to fulfill the demand. Some most popular designer dogs throughout the year 2020 were Cavapoo, Bernedoodle, Pomsky, and Labradoodle.

Now, let’s have a look at the advantages and disadvantages of crossbreeding.

Purebred dogs are more likely to carry genetic conditions and/or other health issues (depends on the breeding practices though). While these issues can be eliminated or reduced in the hybrid dogs because in this case, the other breed is less likely to have that very condition. For example, Poodle has many positive traits and one of them is its low-shedding coat. So, most of the Poodle crosses are more likely to have a low-shedding coat. It is just a single example though, there are way more examples.

The breeds of future

Did you know that many purebred dogs of today are in fact mixed dogs in actual and after many generations, they were recognized as a pure breed? Yes, it is true. For example, a French Bulldog was a product of English Toy Bulldog and the local French Ratters but now it is considered a pure breed and recognized by AKC. There are lots of examples such as the Staffordshire Bull Terrier and an American Foxhound.

A mutt dog is a clearer example of this trait as they tend to live longer than purebred dogs. Similarly, intentionally mixed dogs do also have a longer lifespan. For example, the brachycephalic breeds (such as Pug and Bulldog) are usually unhealthy because they have a risk of developing respiratory problems. So, they are crossbred with long-snouted breeds to reduce their breathing issues.

There are hundreds of pure breeds and we have thousands of possible combinations to try. And the best part is that, in a single litter, you may witness a variety of traits in different puppies. For example, in a single litter of Mini Bernedoodle (Mini Poodle + Bernese Mountain Dog mix), the puppies may have different types of coats from straight to wavy and curly.

If the two pure dogs are crossed using the best practices by an expert breeder, you are more likely to get a puppy with balanced characteristics. For example, you are in need of a hunting dog with a low-shedding coat, a Poogle will be an ideal dog for you. Poogle is a Beagle/Poodle mix where Poodle has a low-shedding coat and Beagle is an excellent hunter.

Multiple breeds in one:

The breeders have even mixed more than 2 breeds to develop a healthy designer breed with fewer to no genetic issues and a higher probability of positive traits inherited from all the breeds. For example, an Australian Labradoodle is a mix of Labrador Retriever, American Cocker Spaniel, English Cocker Spaniel, and Poodle.

The opposers of crossbreeding also come up with several strong and valid reasons against the designer dogs. The most common reasons are featured below.

Not every Tom, Dick, and Harry is supposed to cross different breeds because it needs proper knowledge of both the breeds, their genetic issues, and other important aspects. And if the breeding is done by an inexperienced breeder just for the sake of money without performing necessary health tests and the best practices, the puppies from this litter are more likely to inherit some severe genetic issues.

Most traits of crossbred dogs are unpredictable and their size is one of them. A single litter from the same dog may have a small-sized dog, as well as, a medium to large-sized dog. So, whenever you get a designer puppy, you may never know how big it will be after it is fully grown.

A tri-colored Bernedoodle may cost you around $6000 while a Pomsky may cost you over $5000. It is just a one-dimensional picture because their yearly maintenance cost is other than this. Although the price of puppies varies due to different reasons such as color, gender, the reputation of the breeder, and the parents’ pedigree, it looks like the major reason behind their high cost is the demand and hype the people have created.

Designer dogs are not bad in terms of personality but they are unpredictable especially if you cross two breeds of different personalities. For example, if you cross a Golden Retriever or a Shih Tzu which are calm breeds, with a Chihuahua or a Siberian Husky which are aggressive breeds and tend to be independent, the personality of the puppies would be highly contrasting.

What is the conclusion?

Well, in general, I’d say that you should raise your dog just like you raise your real human baby, either the dog is purebred or hybrid. Secondly, if you really want to do something better for dogs, instead of getting a dog from a breeder, adopt one from a shelter or a rescue group. Unfortunately, millions of dogs are waiting to be adopted in kill shelters, and people tend to get a dog from a breeder instead of rescuing one.

And finally, as a dog lover and a responsible dog parent, the common man should not encourage puppy mills and backyard breeders who do constant breeding without any precautions and guidelines.

Crossbreeding of dogs – Is it good or bad? was last modified: January 17th, 2021 by Emotional Pet Support Team