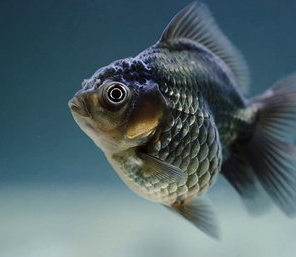 How & Why Does Watching Fish Reduce Stress?

This question has been a focus of research for quite some time now. People studying animal-assisted therapy often wonder if keeping a fish is like owning any other animal or if they have added benefits.

What is certain is that keeping a fish can indeed help reduce stress.

Even though most pet therapy relies on humans taking care of their pets, it is a little different when it comes to fish.

Various studies have revealed that even just watching a fish swim can significantly lower stress levels.

The subjects of one particular study revealed that two factors made them feel calmer. One was the sound of water, and the other was the movements of the fish themselves.

Fish in an aquarium are almost continuously moving back and forth, which can have a calming, almost hypnotic effect on you.

Moreover, watching fish results in reduced stress and anxiety levels because we are inclined to finding nature calming.

An aquarium presents you with an imitation of natural habitat. It is a convenient way of connecting with nature and, in turn, leaves you feeling less emotionally challenged.

Jack Dempsey, Owner of tropicalfishcareguides.com notes that keeping brightly colored fish with long flowing fins like Congo Tetras can help create a feeling of calm and relaxation in any room.

Here Are Just Some of the Benefits

Studies have shown a connection between paying attention to fish in aquariums and reduced blood pressure. This link has been investigated at length, and a study found “that diastolic blood pressure was significantly reduced after six months for participants who were given fish to keep in their own home.”

Researchers have reported a directly proportional relationship between the number of fish in an aquarium and blood pressure levels. As more fish are added for you to view, your blood pressure’s positive impact is increased.

As it is believed that viewing fish allow for stress relief, there is also an effort to increase fish aquariums in hospitals and clinics.

A study exploring the physical, behavioral, and psychological impact of being near marine life reported a consistent reduction in their participants’ heart rates after different tasks. This helped establish a correlation between watching fish in an aquarium, lowered heart rate, and increased relaxation.

Anxiety is a bodily response to stressful situations. In some extreme cases, anxiety can be a debilitating condition for people. However, research has shown that viewing fish in an aquarium is an effective way of reducing stress.

Hence, you might want to focus on the aquarium in your doctor’s waiting room the next time before a stressful appointment to feel calmer and more collected during the meeting.

Alzheimer’s disease is an irreversible brain condition that impacts memory, cognitive skills, and the ability to carry out regular tasks. Science is yet to find a cure for this disabling disease that causes extreme physical and behavioral changes.

However, animals, mainly fish, have shown great potential in helping patients with Alzheimer’s and improving their overall health. A Purdue University study found that being around brightly colored fish helped improve patients’ eating and behavioral patterns.

Nutritional intake is a problem in patients with advanced Alzheimer’s disease due to their energy levels, either heightened or very low throughout the day. So, they are too busy or too tired to eat.

However, it was noted that “the patients who were exposed to the fish tanks appeared to be more relaxed and alert and ate up to 21 percent more food than they had before the introduction of the fish tanks.”

Moreover, agitation caused by Alzheimer’s dementia is also a significant concern for caregivers. So, if you are around someone like that, you might want to add a fish aquarium in your house to help them feel calm and less distressed.

While there is no one way of treating this behavioral disorder, watching fish in an aquarium effectively aids the treatment for ADHD. Being near or in contact with nature has resulted in an increased ability to focus in children. An aquarium with fish is one such element of nature.

It is noted that “the feeling of calm from watching fish can be a diversionary tactic to redirect from hyperactive activities.”

Furthermore, it is observed that watching fish in a tank for around 15 minutes a day leads to increased production of endorphins, the happiness hormone, in your body. Endorphins induce calm and allow children with ADHD to feel less anxious and, as a result, exhibit less disruptive behavior.

Aquarium therapy is a part of animal-assisted treatments that seek to improve your physical and mental health. Research shows that watching fish swim in an aquarium “can help relax the mind and ease muscle tension.”

Muscle tension is said to be a contributor to various physical ailments and mental conditions. This can be changed by relaxing the muscles and the mind.

It is believed that we are biologically evolved to gravitate towards nature and its elements to seek relaxation. Similarly, a greater degree of physical and mental relaxation can be achieved by watching fishes movements in a tank.

Watching fish can have a positive impact on your overall mood. Being near a fish tank can give you a sense of being in contact with nature and provide stress relief.

Studies have shown that watching brightly colored fish can also alleviate your mood. Moreover, the movements of fish are generally considered spirited and lively. Hence, individuals watching them have reported feeling joy as a result.

This article explores at length the benefits of having fish around you. Watching fish in an aquarium can reduce stress, anxiety, blood pressure, and heart rate. Not only this but being near fish yields a positive behavioral impact on people with disorders like Alzheimer’s and ADHD.