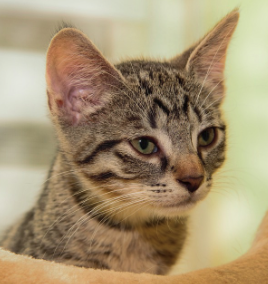 The love for felines dates back to hundreds and thousands of years ago where they have been recorded to live among the people of Mesopotamia and were domesticated around 12,000 BCE. In present times it seems like cats have become a more common pet and adored by many around the globe.

While initially they may have been domesticated by farmers to control pests like mice and other rodents, today, people adore them for their cute looks, playful antics, and soothing purrs.

According to a recent study by Petpedia, Americans spent around $99 billion on their pets in 2020, and as of 2018, there were 58 million stray cats in the country. Furthermore, the ASPCA (American Society for the Prevention of Cruelty to Animals) found that around 860,000 cats die in shelters.

Plus, only 1 out of 12 cats are able to manage a permanent caring home. Moreover, 44% of those who are crazy about their cats and dogs spend more time with their pet rather than their significant other.

Let’s take a quick look at some of the most popular cat breeds and their origins in the light of this information.

A breed of domestic short-haired cat, the Abyssinian cats, has a distinctive ‘ticked’ tabby coat and has been believed to have originated from Ethiopia. They have commonly believed to be one of the oldest types of animals in existence, with similar characteristics dating back to the mummified cats in Egyptian tombs.

While previously they might have been a bit obscure, today they are heavily regarded as one of the top five most popular breeds around the world. Their seemingly long, lean, and finely colored appearance have often been analogized to that of supermodels in the fashion world.

Abyssinian cats display curious attitudes, are playful, and also regarded as the “Clowns of the Cat Kingdom”. They are also quite good as emotional support cats.

A hybrid creation of domestic cats, including the Egyptian Mau and the Asian Leopard Cat, the Bengal Cat has a naturally wild appearance.

Their golden shimmer comes directly from their leopard cat ancestry, and that clearly shows through their coats that have many spots along with arrowhead markings, rosettes, and marbling patterns. Bengal Cats are quite energetic, and as such, they need much exercise and playtime throughout the day.

While they have been previously bred into existence, the most notable of them all was Jean Mill, an American cat breeder who is accredited as the founder and modern progenitor of the Bengal Cat breed. These cats may have odd behaviors that you may need to get accustomed to before you get them as pets.

A breed of domestic cat originating near the Thai-Burma border, the Burmese Cat breed is believed to be a descendant of Wong Mau (female) that bred with an American Siamese.

In recent times, both British and American breeders have come to develop distinctively different standards for this cat breed, which is actually unusual among pedigreed domestic cats.

The original all Burmese Cats have a dark drown sable; however, more variety of color have been made available.

The European Burmese and the originals are both known to be social with a playful temperament and persistent vocalization. Burmese cats, in general, are categorized as medium size breed but substantially built and muscular body.

Instantly recognizable for their large ears, wavy coat, and slender bodies, the Devon Rex is a breed of intelligent short-haired cat that look as if they have emerged from a fan-fiction tale. The breed emerged in England during the late 1950s and is known for learning difficult tricks or perform complex tasks. However, motivating them can quite exhausting.

People might consider them to be hypoallergenic (not likely to cause allergies) due to their coat. However, that is not the case. Devon Rex’s ears can grow up to be uncommonly large and slightly rounded.

They also have large eyes with slightly upturned noses. However, their whiskers, on the other hand, are very short and often curled to the point that they may appear to have none at all. If you are looking for an affordable pet, then this breed might be perfect for you.

A similar cat to what people identify as a Persian, the Himalayan or Colorpoint Persian, is actually a sub-breed of a long-haired cat with the exception of its blue eyes and its point coloration. The point coloration refers to a pale body and dark extremities like the face, feet, and tail.

The Himalayan’s point coloration is derived from crossing a Persian with a Siamese. The point of origin is disputed and currently shared by India, the United Kingdom, and the United States.

According to the Cat Fancier’s Association, the Himalayan is simply considered as colored variation of the Persian breed rather than as a separate breed altogether.

With its tail resembling more of a rabbit than that of other cats, the Japanese Bobtail is easy to identify with its unusual bobtail. A domestic breed of cat that is native to Japan and Southeast Asia, the Japanese Bobtail can now be found all around the world. The breed is well known for its Japanese origins and has frequently appeared in much traditional art and folklore.

They come in a variety of colors and are considered a great pet for families. Not only do they have affectionate nature, which makes them well suited for children, but they also communicate with owners using soft chirpy noises.

However, these cats are naturally attracted to water, known to have playful behavior, mischief, full of energy, and quite smart. But what makes them most adorable is that they are a very loyal breed making them great companions.

A large domesticated cat breed, Maine Coon has a distinctive physical appearance and some amazing hunting skills. Native to the US state of Maine, it is one of the oldest natural breeds. How the breed was introduced to the United States? No one knows for sure however they are closely related to the Norwegian Forest Cat and the Siberian.

It is undoubtedly one of the most popular cat breeds in the US and often nicknamed “the gentle giant” due to its size but sociable behavior. It has a robust bone structure, prominent ruff along its chest, a rectangular body shape, and a long bushy tail.

Maine Coon is often cited for having dog-like characteristics. Before introducing the Savannah Cat in the mid-1980s, they were considered the largest breed of domestic cat.

The Manx Cat is easily identifiable due to a naturally occurring mutation that shortens the tail. It is a breed of domestic cat originating from the Isle of Man, a British Crown dependency in the Irish Sea between Great Britain and Ireland.

While many Manx are known to have a small stub of a tail, some are also best known for being entirely tailless. Other distinguishing features include elongated hind legs and a rounded head.

Manx can come in a variety of colors and patterns, but all-white specimens are considered extremely rare.

However, the most noticeable trait of these cats is that they are prized as skilful hunters, due to which many farmers and even sailors prefer them to kill rodents. Young pupils who opt for dissertation writing services may find the Manx Cat a delightful pet to have around their dwelling place.

Originating in Northern Europe, the Norwegian Forest Cat is a domestic and natural breed that has adapted to very cold climates. It has a topcoat of glossy, long, and water-shedding hair with a woolly undercoat for insulation.

The breed became nearly extinct during the times of World War II. Then the Norwegian Forest Cat Club’s made efforts to create an official breeding program to save these cats from extinction.

Many people will consider the Norwegian Forest Cat similar to being a Maine Coon. However, they have incredible climbing skills due to their strong claws. This makes them one of the few domestic cats capable of descending the tree headfirst.

A long-haired breed of cat, the Persian, is characterized by its round face and short muzzle. In English speaking countries, it is also known as the “Persian Longhair”. The first documented ancestors of the breed were imported from Persia around 1620 to Italy. Their point of origin is undisputedly from present-day Iran.

Some organizations consider the Himalayan and the Exotic Shorthair as variants of the same breed, while others treat them as separate.

In 2008, Persian Cats were the most popular breed of pedigree cats in the United States. Persians are often considered as a viable entry into many show events, and they are known for their long and thick coat, short legs, large eyes, and extremely shortened muzzle.

With color point coats and blue eyes, the Ragdoll are large cats breed with muscular built with a soft and silky coat. Developed by an American breeder by the name of Ann Baker in the 1960s, these cats are best known for their affections nature along with docile and placid temperament.

The reason behind their naming refers to the tendency of individuals to become relaxed and limp when picking up these adorable creatures.

Ragdolls are often identified as having dog-like behavior as they follow people around and generally lack aggression towards other pets. They are also one of the largest domesticated cat breeds.

One of the most distinctly recognized cats in the world, the Siamese Cat, is derived from the Wichianmat Landrace, which, one of the several varieties was originating from Thailand. The original breed quickly became popular in Europe and North American in the 19th Century.

They have also been used as one of the foundation blocks by several other breeders to develop various crossbreeds. They come in two distinct variations. The traditional Siamese has an apple-shaped head and a slightly chubby body. The modern Siamese, however, is much skinny and has a wedge-shaped head.

The world of cats is much bigger, and I would just like to point out that this is neither a complete nor an exhaustive list of cats that you can own as pets. Each breed has something different to offer, and with so many varieties out there, you can probably find a breed that is perfect for you.

However, when you decide to domesticate a cat, make sure that you study their health problems so that you know when a visit to the vet or a doctor is important. Cats need our love and affection. Even though, at times, they may act aloof. That’s it for now. Go and get yourself a cat right now and see how it melts your heart instantly.

Stella Lincoln currently works as the Assistant Editor at Assignment Assistance and Master Thesis. This is where higher education students can request professionals to write my dissertation UK to acquire specialized help for their subjects and topics. During her free time, she likes to doodle and create wall art.