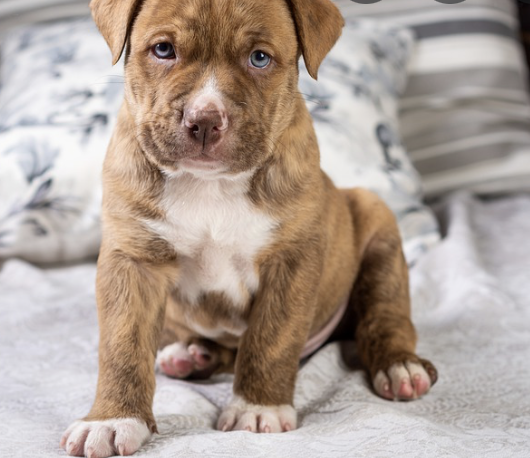 Guest post: As a consequence of the horrific incidents they witnessed and the terrifying situations they have been through while on active duty, numerous veterans end up with mental health problems. Undoubtedly, the most prevalent mental health issue among veterans is a post-traumatic stress disorder. Nearly 13% of veterans in the U.S. struggle with it, which is double compared to the general population.

Sadly, this anxiety disorder is often accompanied by depression, which only worsens the everyday mental state and mood of the affected veterans. Furthermore, according to the latest National Veteran Suicide Prevention Annual Report, veterans are almost twice more susceptible to commit suicide than people who have not served in the military.

The Prevalence of Cancer Among Veterans

However, in addition to mental health issues, there is another serious disease that is quite common among veterans – cancer. Every year, approximately 48,000 new cases of cancer in veterans are reported to the VA’s Central Cancer Registry. The most frequently encountered malignant diseases in veterans are lung cancer, prostate cancer, colorectal cancer, and bladder cancer.

What all of these cancers have in common is the fact that they are often the result of toxic exposure that happened in the military. Since the beginning of the last century, active members of the military have come in contact with hazardous agents on a regular basis, including asbestos, mustard gas, Agent Orange, radiation, PFAS, benzene, and heavy metals.

As a Veteran with Cancer, Getting a Dog for Emotional Support Is the Best Decision You Can Make

Perhaps the veterans who have the most difficult time coping with their health problems are those who have to deal with both a mental illness and cancer, as experiencing physical and emotional symptoms at the same time can tremendously affect a person. Feelings of hopelessness, despair, worthlessness, anxiety, stress and overwhelmingness are very familiar to veterans who have to cope with a mental health problem and cancer.

Nevertheless, the presence of a dog that can offer a lot of emotional support will benefit the ill veteran to a tremendous extent. It is scientifically proven that having a companion can significantly reduce emotional and psychological symptoms associated with mental health problems, as well as cancer. Spending time with your dog as a veteran with cancer can also contribute to your happiness, particularly if you have not experienced this feeling in a long time.

The Benefits of Having Emotional Support Dogs for Veterans with Cancer

Regrettably, many veterans who are battling cancer live alone, either because their family lives far away or because they no longer have a family. To make matters worse, since most veterans are elderly, they do not have friends either to support them during their cancer journey. This is another reason why getting a dog for emotional support is a wonderful idea, as your companion will ease your feelings of loneliness simply by being by your side.

Being a dog owner will force you out of your comfort zone if you are ridden with anxiety and depression that stem from cancer. You will have to take your new family member for daily walks, which will make you move physically active. Staying active by hiking with your dog, for instance, is very important if you undergo cancer treatment, as it will improve many of the side effects, such as fatigue, insomnia, loss of appetite, and your overall quality of life.

How Emotional Support Dogs are Different than Regular Dogs

Unlike a regular pet, the purpose of having a dog that offers you emotional support is different, as the latter has the ability to intervene in situations of crisis that the veteran is going through, such as major depressive episodes, panic attacks, and anxiety disorder episodes. Contrary to popular belief, it is not necessary for dogs to be trained in order to become emotional support animals. They only have to be able to behave properly in specific contexts, as well as to be calm and easy to control by the owner.

It is important to note that emotional support dogs are not the same as service dogs, whose mission is to assist the person with certain daily tasks that they can no longer perform independently as a result of illness or disability. If you are considering getting a dog for emotional support as a veteran, you will need an ESA letter from a mental health provider. Nonetheless, today, the process is quite simple for veterans who have cancer, with or without a co-occurring mental health issue.

The Heroes and Sacrifices Campaign, a Simple and Effective Way to Show Your Support to Veterans with Cancer

After you prepare your gift basket or select the objects you want to donate, the present will be delivered to a veteran with cancer by the team leading the campaign. So far, over 200 gift baskets have been received by ill veterans across the country, and their reactions were always surprising and joyful, as it is small acts of kindness like these that truly make a person feel seen, appreciated, and valued.

If we have sparked your interest in the Heroes and Sacrifices Campaign, you can easily get involved as well by filling out the form at the bottom of the official page. Since many veterans have a dog for emotional support, you can include dog items such as toys, collars, food samples, leashes, or treats in your basket or donate such objects, and the people behind the campaign will make sure that your contribution will be received by a veteran with a dog. Last but not least, the Heroes and Sacrifices campaign is also dedicated to the furry friends that can so easily put a smile on their veteran owners, as they help these amazing people enormously to stay strong and resilient during their cancer journey.

“We’ve noticed that a lot of our veteran clients have emotional support dogs, so we highly encourage people who want to join our Heroes and Sacrifices campaign to add pet items in their gift baskets. They can be very useful to veterans who own a dog”, says Jonathan Sharp, Director of Claims and Chief Financial Officer at Environmental Litigation Group, P.C.