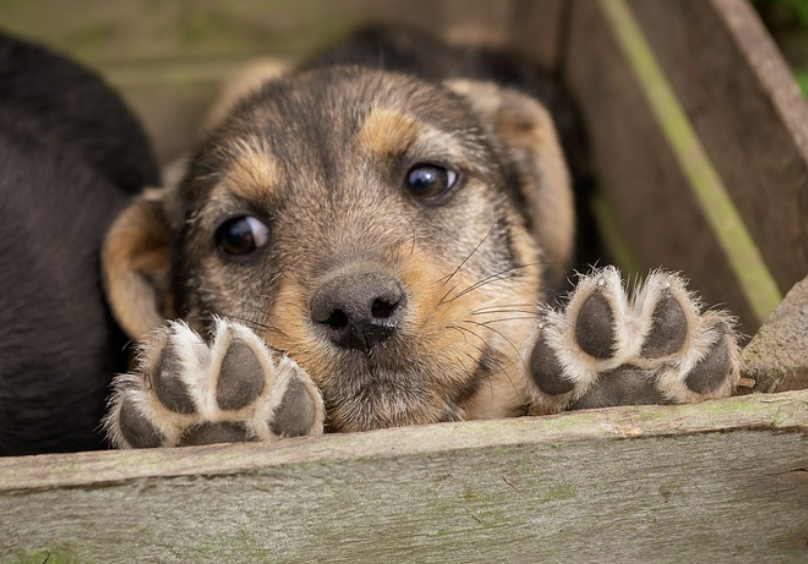 It’s always best to choose a breed that’s suited to city life when you’re about to move a dog into an apartment. Thus, hunting dogs (terriers, greyhounds, cattledogs…) are to be avoided. Traditionally bred in the open air, these animals would be likely to wither in a cramped apartment. For logistical reasons, also avoid large dogs, such as shepherds, mastiffs… When choosing the breed of dog that will share your life, also think about the question of hygiene. Don’t choose a dog that you can already predict will shed a lot! For example, a Labrador is not only a large dog that needs exercise, but it also sheds twice a year, which makes it very difficult to keep a dog in a small apartment like this one! Fortunately, there is no shortage of dog breeds adapted to apartment living: Yorkshires, Chihuahua, bulldogs, poodles…

Rule number 2: teach your dog to clean himself

Whether you live in the country or in the city, potty training is an integral part of raising a puppy. However, things are different for an animal that lives three quarters of the time in a garden and a dog that lives in an apartment, a living space shared by the whole family. The main difficulty for a dog owner living in the city? To anticipate his needs, by taking him out often enough to relieve himself outside, and not in a corner of the kitchen! Initially, reward him with a treat and a compliment every time he relieves himself outside, but don’t punish him when he waters your tiles. It’s a matter of patience: after a few months, you and your dog will be able to synchronize his needs with your schedule, and your daily walks will become effective in every way!

In order to not only raise a dog in an apartment, but also to ensure his well-being, two things are essential: to give him a sense of security on the one hand, and to provide him with a comfortable environment on the other. Get a cozy basket and all the accessories necessary for his daily life, and reserve a specific corner of your home, where he will have his sleeping and eating habits. At a very young age, your puppy will spontaneously become accustomed to city noises, but it’s best to gradually get him used to being around cars from the sidewalk, as the chaos of traffic may scare him at first. Soon enough, however, your new friend will discover that city life not only provides him with the opportunity to stretch his legs several times a day, but also, eventually, to mix with other dogs, which is essential to his well-being.

Also, take him out for walks in green spaces as often as possible, where he can begin – and cultivate – a modicum of social life.

Yes, we understand that raising an intelligent and obedient dog in an apartment is not an easy task, but the guys at studycrumb , know how to do it easily and effortlessly.

Raising a dog in an apartment when you’re away a lot can create stress, anxiety, boredom and all sorts of emotions that can lead to behavioral problems. In the case of a puppy or a dog that is not housebroken, owners stress at the idea of leaving their animal alone at home all day. The dog will tend to do its business on the floor or on the sofa, for example. Leaving your dog alone for several hours in the apartment therefore requires education from a young age.

One last point: if you decide to adopt a dog that is already an adult, make sure that it is already accustomed to life in an apartment. Otherwise, you might have a hard time changing his habits!

How to raise a dog in an apartment? was last modified: July 9th, 2022 by Emotional Pet Support Team